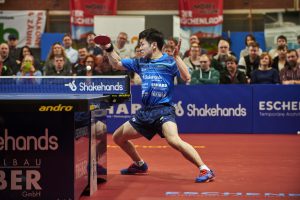 Sensational end to the season 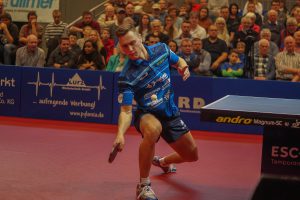 Sometimes even too fast for the eye

Countdown to the next TTBL game in the Shakehands Arena

Through targeted promotion of youth, in the hands of excellent coaches, sustainably promote table tennis in the region and establish our Bundesliga team in the TTBL, but also to offer popular sports.

The TSV Bad Königshofen is a sports club founded in 1861 from Bad Königshofen in Grabfeld, whose table tennis department has been playing in the Bundesliga since the 2017/18 season.  After the 2011/12 season rose the men’s team from the Oberliga Bayern in the Regionalliga Süd, from which the direct promotion to the 2nd Bundesliga Süd succeeded. In 2017, they reached the championship and took the right to rise in TTBL. The first victory in the top division succeeded on Matchday 5 against the TTC Zugbrücke Grenzau. The youngest team of the TTBL finished at the end of the ninth place and came here, surpassed only by Borussia Dusseldorf, on an average attendance of 723, which corresponded to more than 10 percent of Bad Königshofen population.

In the 1980s, a women’s team in the upper leagues was active. In 1982 succeeded the rise in the 2nd Bundesliga and was able to hold the class for a total of three years, at the end of the season 1985/86 forced the last place to relegation.

Together with our partner Shakehands train young players in the common Shakehands Club and lead them into the national and international top, and the qualification of our model athletes Kilian Ort and Mizuki Oikawa to the Olympic Games 2024 in Paris. 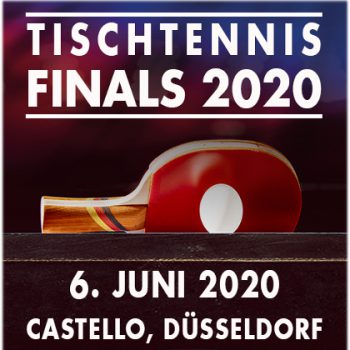 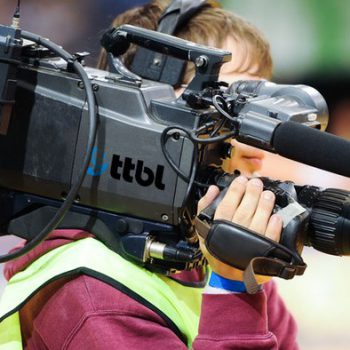